How make Soft Idly and their Complete Nutrients 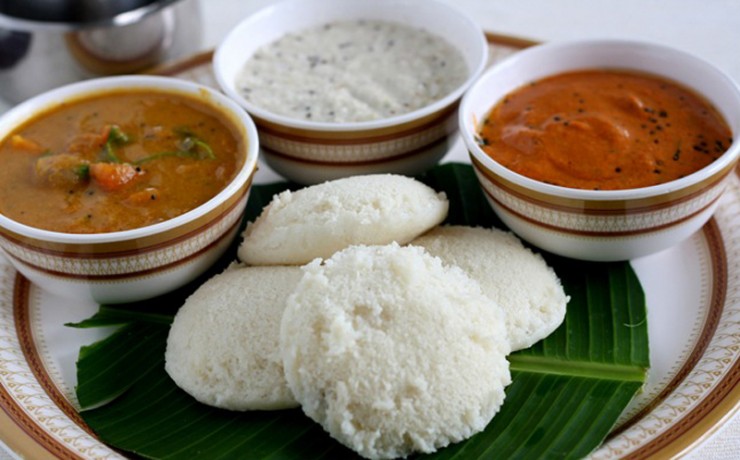 It is a 2 to 3 inches diameter cake made by steaming a batter consisting of fermented black lentils(de-husked) and rice.
It is a very healthy dish as it is fermented and steamed cooked.

920 CE: Kannada language work by Shivakotiacharya mentions “Iddalige” prepared only from an Urad dal(black lentil) batter
1025 CE: Chavundaraya II, describes the preparation of this food by soaking urad dal(black gram) in butter milk, ground to a fine page and mined with clear water of curd and spices.
1130 CE: Western Chalukya King and scholar Smeshwara III (Karnataka, India) included an idly receipe in his encyclopedia.
1130 CE: Manosallasa – this Sankskrit language work describes the food as iddarika. This recipe is called Uddina Idli in Karnataka

The recipe mentioned in these ancient Indian works leaves out rice, fermentation and steaming process.

800-1200 CE: The food historian K. T. Achaya speculates that the modern Idli might have originated in Indonesia,which has a long tradition of fermented food. Hindu kings who employed cooks would have invented the steamed idly in Indonesia and brought the recipe back to India.

1700:
The earliest Tamil work which mentions idli (as itali) is Maccapuranam.

It is now traditional breakfast of Southern part of India and other neighbouring countries.

Step 2:
Grind them separately and then mix(combine) them. For grinding you may use:
-Stone grinder (Manual or Automatic)
-High powered mixer

Step 3:
Mixture is left to ferment overnight during which its size increase to more than twice its volume

Step 4:
This fermented Idli batter is put into greased moulds of idli tray as shown in picture. The idli tray holds below the boiling water in a pot. The pot is covered till idlis are done (about 10 to 25 minutes, depending on size).

Note: There are the few additional things that are done, to easily remove idly.
Option 1: Before adding batter in the tray, grease the portion of the tray where batter is poured with oil/xyz. (Images of Oil/xyz)
Option 2: A plain white clean cloth or banana leaf can be placed on the tray before the batter is poured. 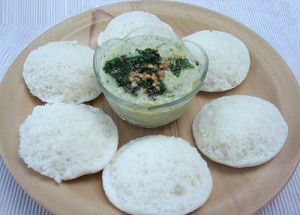 How to eat this food? How can it be combined with items to eat well or made it tasty?

Idli can be eaten with one or more of the following items:

and many other sauces. To add more flavour, ghee is also applied over idli.

Warning: Use of undefined constant title_li - assumed 'title_li' (this will throw an Error in a future version of PHP) in /homepages/16/d585516146/htdocs/21Menus/blog/wp-content/plugins/php-code-widget/execphp.php(27) : eval()'d code on line 17